For generations, horse-drawn carriages have been a very popular choice for taking the scenic route around Manhattan, especially in the area near and around Central Park. The city’s new mayor-elect, however, will be putting a major damper on the future of these small businesses with plans to prohibit this kind of sightseeing tour in the heart of NYC.

According to this article published by the NY Daily News, Bill de Blasio, the elected mayor of New York City, is attempting to ban the horse-drawn carriage service. Official statements from the mayor’s office indicate that it will likely be one of the first activities he does upon taking his oath. The mayor, and other opponents of the carriages, feel that the practice is inhumane to the animals and that similar tours can be carried out with antique-style electric cars.

On the other hand, many tourists seem saddened that the carriages will likely be going away soon. Many people come from across the country and even all over the world to New York City, and although the horse-drawn carriages aren’t the only reason they’re coming, it is certainly one of the major attractions among visitors from parts beyond. Many of the carriage operators scoff at the idea that their animals are in poor physical condition, and a few are quoted in the above article who talk about the care they take of their animals.

Even with the traditional carriage tours seemingly up in the air, New York City is still a marvelous city to tour. This year, why not take in this magnificent island from the waterfront? Take a step back and experience classic New York in style as you cruise the Hudson and East River aboard the Eastern Star. Enjoy the greatest city in the world on a private yacht charter, where fine dining and exceptional service never go out of style.

New York City is a sterling metropolis that millions of people enjoy just looking at. From far away, the city skyline builds a stunning backdrop against the bright blue sky above. Even up close, the tall buildings and bustling avenues give way to quaint areas that are a joy to traverse.

Call today if you plan on making a trip to NYC this year. 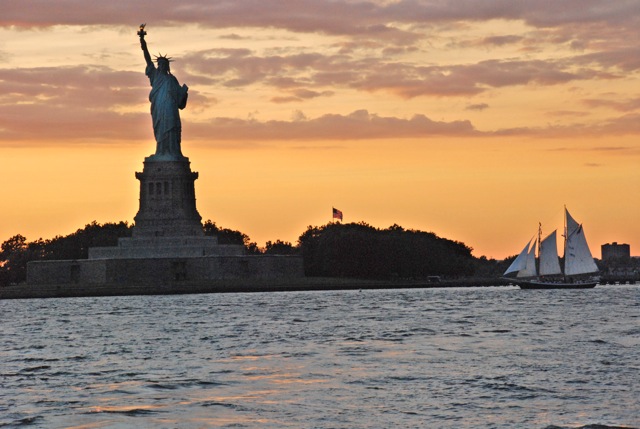